The openSUSE-Education team is proud to present a special, 64-bit edition of openSUSE Edu Li-f-e with the MATE desktop environment. 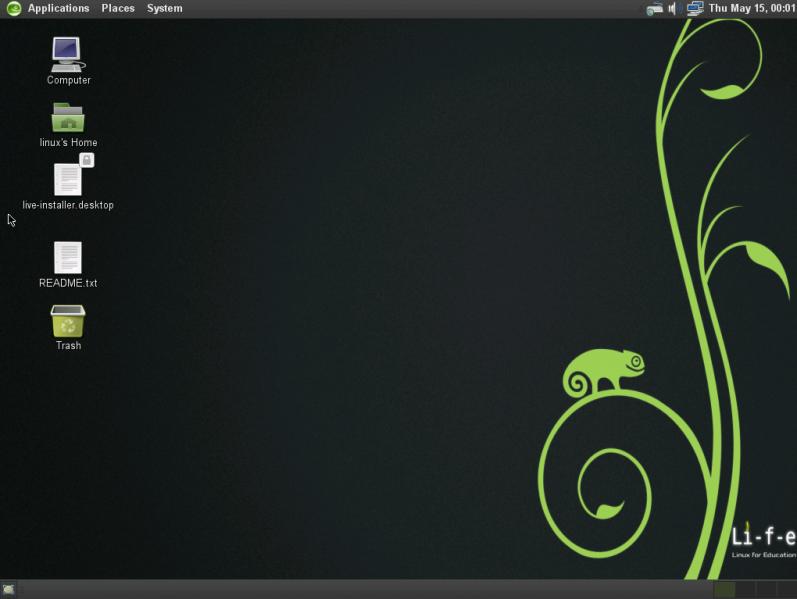 Li-f-e MATE edition came about to support schools in Gujarat, India, they needed synfig studio: a very simple to use C and Java IDE, apart from standard fare of complete office suite and other applications. Gujarat now starts teaching open(libre)office in 9th grade, and Linux operating system all the way to shell scripting in 10th, and Java, C, HTML, Javascript etc in 11th and 12 grades. This Li-f-e edition tries to get everything they need in an integrated bundle which they can use on a stand alone PC or set up LTSP server to PXE boot their entire lab without having to modify their existing setup on the client PC side.

The MATE desktop was choosen as default desktop manager as it looks close to the pictures in their textbook, however latest GNOME desktop is also available at the login screen. MATE is well known for being a traditional desktop environment, a fork of the classic GNOME 2 session. It uses a two-panel layout and darkish theme, as well as a neat collection of educational apps, such as gElemental, Scilab, Xcos, Scinotes, Geany, Inkscape, Synfig Studio, Bluefish, Epoptes, and LTSP.

Download the operating system as a Live DVD ISO image that must be burned onto a DVD discs or written on a USB flash drive in order to boot it from the BIOS of the PC.

As with all openSUSE-Education releases, we based on the recently released openSUSE (13.1) with all the official online updates applied.

Before the release announcement is out Marius Nestor on linux.softpedia.com already posted a nice little review

« LXQT is ready for testing
Gnome Classic edition of openSUSE-Education »