Have you ever dreamed making your own unique font set. You get on it and seek for decent cheap or open source alternatives for making Truetype fonts  and  probably you find at least Fontforge. You are very happy and make you mind I’ll do my fonts with Fontforge. After a while you realize Fontforge is a Swiss army knife for making fonts in open source but you just wanted to create TTF, EOT or SVG font set. Weep no more you can use Birdfont. 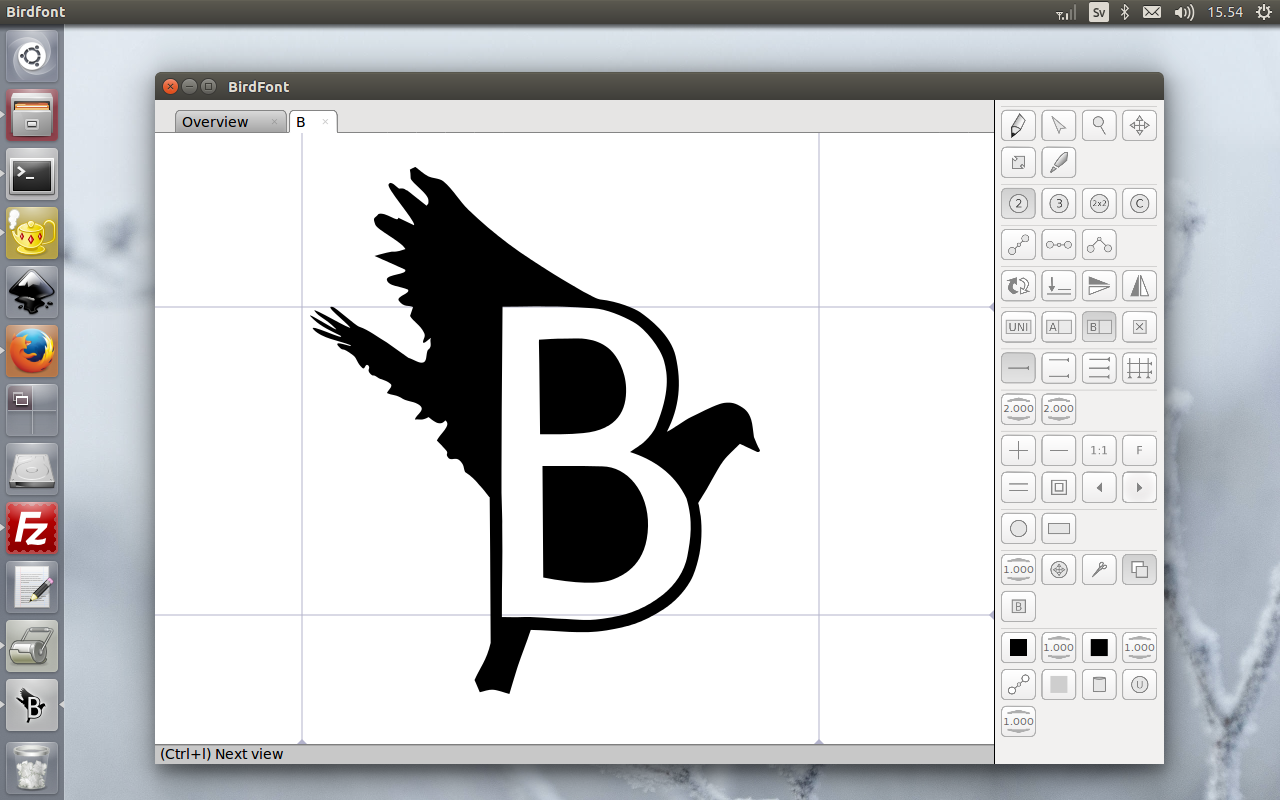 Birdfont is developed by one man army Johan Mattsson. First it was hobby project now it has evolved pretty nice font editor  and it while ago it hit version 1.0 (actually now it’s already version 1.1). Biggest driver create Birdfont even though there is superior editor available was create grid based editor rather than exact coordinates system used in Fontforge. So in Birdfont you can snap to grid.

Birdfont is very stable and available native in Windows, Mac OS X and of course various Linux distributions (counting in openSUSE). Those who care it’s written in Vala and even though it’s GPL code although developer asks you to donate couple of $ or € before downloading binary. If you ask me it’s worth every dime but of course you can download source and make your own build.

You can create font or font set all in Birdfont (Which has very nice gird editor) or one can use free of choice vector editor that can export SVG and import glyphs in. After import you can edit imported glyphs because used curve math ain’t same in TTF than it’s SVG but Birdfont tries to make this part easy for you. You can also edit kerning and font location to make more complex fonts come true.

After you are satisfied with font. Just edit properties and export your font in TTF, EOT or SVG format.

So if Fontforge is too much and you just want to hop on  making fonts Birdfont can be what you are seeking for.